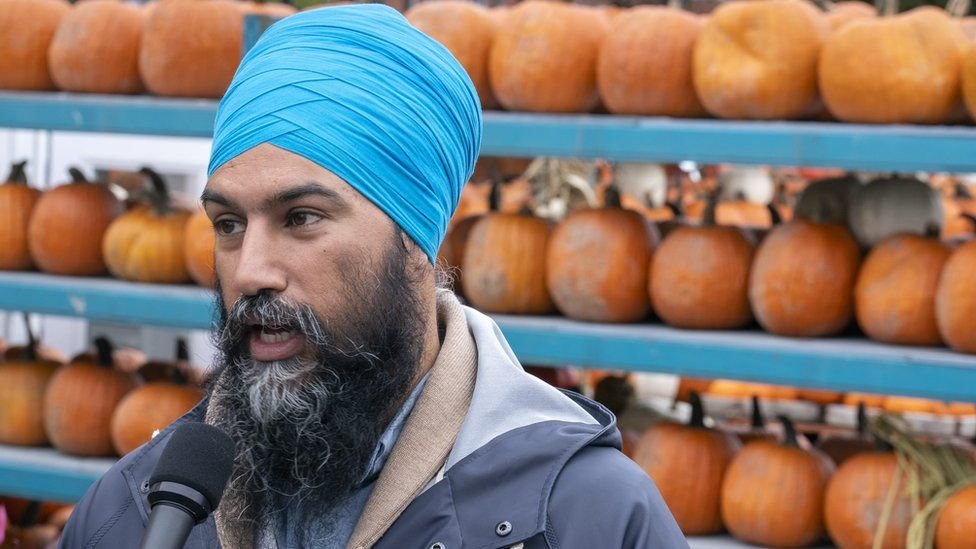 Jagmeet Singh’s younger brother, who was elected from Brampton in Greater Toronto Area, was defeated in Ontario’s provincial elections.

Gurratan Singh’s re-election campaign was launched on April 23rd for Brampton East. The elder brother was also present and featured in promotional videos. Gurratan Singh was elected in his riding (as Canadian constituencies are known in Canada) in 2018. He made his debut in the provincial parliament and was defeated by Hardeep Grewal, an Indo-Canadian candidate. It was close as Gurratan Singh received 31% of the vote and Grewal 43%.

Jagmeet Singh was the first Canadian politician to enter Canadian politics. He won the Bramalea-Gore-Malton riding for the NDP in 2011. He held that seat until 2017, when he was elected leader of NDP.

For the 2018 elections, the riding was reorganized into Brampton East. Gurratan Singh captured the riding. On Thursday, however, things changed for Jagmeet S.

Harinder Malhi, Liberal Party candidate, was another prominent loser. In 2018, she was a minister in the government that had just ended its term. She had introduced a private motion in the legislature, in 2017 calling the 1984 anti-Sikh violence incident in India “genocide”, a move that severely damaged ties between Canada and India. Malhi was appointed the first Minister of Sikh heritage to the province in 2018. However, her tenure was short-lived. Graham McGregor of Progressive Conservative Party of Ontario (PC), defeated Malhi with 45% of vote, against 28%.

With a better 2018 performance, the PC again formed Canada’s largest province’s government. It was led by Premier Doug Ford and was on track to net 83 seats. This is seven more than 2018 when it defeated the Liberals, who had been in power for fifteen years.