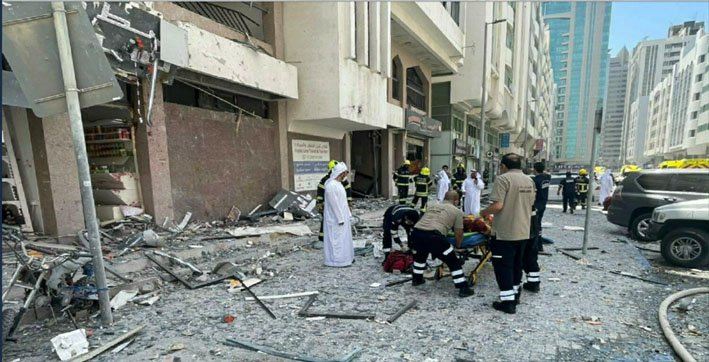 The incident occurred Monday afternoon at an Abu Dhabi restaurant. A total of 120 people were hurt. According to the Khaleej Times, one of the victims was an Indian and another was a Pakistani.

According to the report, “Two Indians and a Pakistani ex-pat died in the explosion at Abu Dhabi’s restaurant. 120 people were also hurt in the incident.”

Indian Embassy confirmed that one of those who died was also an Indian.

According to the report, “According to information provided by UAE authorities, one Indian national was among the deceased” and 106 Indian citizens had suffered injuries, according to a statement made by the Indian Embassy.

It stated that it was in constant contact with local authorities to expedite the repatriation of the bodies.

“The embassy has maintained regular contact with local authorities to expedite the repatriation and have been assured all support from the UAE authorities.” Embassy officials reached out to the families of the deceased and extended every assistance possible promptly.

The condition of injured patients admitted to hospitals in the Emirate is being closely monitored by the Embassy.

The Pakistan Foreign Ministry confirmed the nationality and stated that the official paperwork was being completed.

The Emirates’ foreign workforce is dominated by Pakistanis and Indians.

(This story was published using a syndicated feed. )