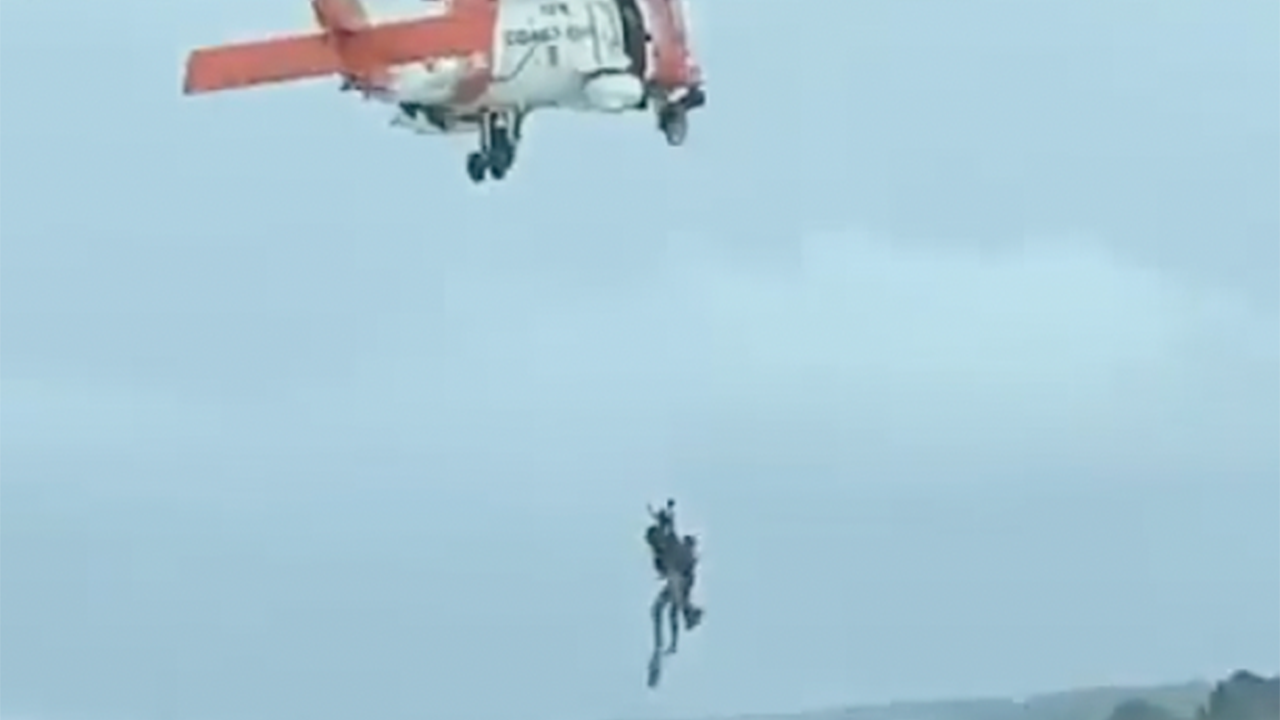 A spear fisherman was rescued by the Coast Guard after getting stranded in tough waters off the coast of the U.S. Virgin Islands throughout a tropical storm on Sunday, dramatic video exhibits.

The Coast Guard dispatched a ship crew and an MH-60T Jayhawk helicopter to the scene close to Canine Island after receiving a misery name at 8:30 a.m. from the person’s good friend, who was on a close-by boat.

Tropical Storm Earl dropped heavy rainfall throughout the Leeward Islands, the U.S. and British Virgin Islands and Puerto Rico over the weekend and is predicted to change into a hurricane later this week.

An MH-60T Jayhawk helicopter aircrew deployed a rescue swimmer to safe the fisherman in a harness.
(Coast Guard)

The crew tried to get a heaving line to the injured man, however six-foot waves stopped them from getting shut sufficient to rescue him, so a rescue swimmer deployed from the helicopter and used a harness to safe the fisherman.

The injured survivor, who’s over 50 years previous, was transported to the Schneider Regional Medical Middle on St. Thomas for therapy.

“This was a difficult case in a tropical storm with heavy seas, gusty winds, and low visibility, however that is what the Coast Guard trains for,” Lt. Shea Smith, MH-60T Jayhawk plane commander within the incident, mentioned in a press release.

“Happily, the survivor was in a position to cling on till we may arrive, and we’re all glad that he’s secure.”

The rescue came about close to Canine Island, which is southeast of St. Thomas.

Paul Greatest is a reporter for Fox Information Digital. Story ideas might be despatched to Paul.finest@fox.com and on Twitter: @KincaidBest.